Just because everything is different doesn’t mean anything has changed.
~Irene Peter

If you have school aged children then you’ve certainly heard of the video game Fortnite.  Fortnite is a player-versus-player battle royale game for up to 100 players, allowing one to play alone, in a duo, or in a squad (usually consisting of three or four players). Weaponless players airdrop from a “Battle Bus” that crosses the game’s map.  Players are given complete freedom to create worlds and battle arenas, and the winner is determined by the last person standing (Wikipedia).

This game is easily the most popular game in the world spurring an entire industry, lingo, and culture.  When kids aren’t playing Fortnite, they are talking about Fortnite or watching videos about Fortnite or doing  Fortnite dances or buying 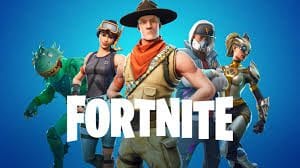 skins with their v-bucks (I only know what half of those things are).

I have watched my kids (Ella 15, Jack 12, Jayden 11, Noah 11) play the game and have mixed feelings on the impact it has on them.  During these observations I have enjoyed watching them play squads and working together to win the game. It is also one of the few times they are collaborating toward a common goal.  I enjoy the way they laugh together about the game and support one another’s gamesmanship. The conversations they have about the game also give them a common experience for them to build on.  However, not all things Fortnite are positive. The game is available on game systems as well as on mobile devices, so it is constantly available. This makes it difficult to set reasonable limits on their game play.  While the basic game is free, we have had issues with unauthorized in-app purchases that have resulted in surprise charges. Fortnite is an open game which means that our kids can play with anyone anywhere, and the fact that this platform can be an easy way for those with sinister intent to connect with kids is always in the back of my mind.

However, my biggest issue with the game is what I have termed, The Fortnite Effect.  I find that the longer my children play the less tolerant they are towards others. After about 20 minutes of play I find they begin to bicker and call one another names.  The Fortnite Effect persists long after the game has ended. I find my kids (my boys especially) to be more aggressive and get into physical altercations with each other. The kids become short with me and their mother and neglect their chores and responsibilities.  It takes about 45-minutes to an hour before the Fortnite Effect wears off and my kids start acting like themselves again. Based on conversations with other parents, I don’t believe this behavior is exclusive to my children.

So, what can we do about The Fortnite Effect?  Of course, setting limits on the amount of time they can play the game or watch videos of others playing the game is always appropriate.  Likewise, I would encourage you to learn more about the game. While I do not think you need to play the game with your kids, learning about how the game is played and why they like the game so much will keep lines of communication with your kids open.  Finding alternative activities is also a good way to peel their eyes away from their screens and get them engaged with others. I would recommend seeking low-tech activities that require human interaction to participate. Below is a short list of relatively easy and inexpensive suggestions:

When we were kids, the VCR revolutionized how we consumed entertainment and experts were sure that our generation would be one of “vidiots” who had no ability to problem solve or interact with others.  I think we can confidently say that this simply isn’t true. While I am not overly concerned that our kids will become screen zombies with no social skills, I do believe that playing aggressive games hour upon hour is not conducive to healthy development.  Setting limits, taking breaks, and making an effort for low tech interactions is a way to counteract The Fortnite Effect.